The Bitter Truth About Quantum Algorithms in the NISQ Era 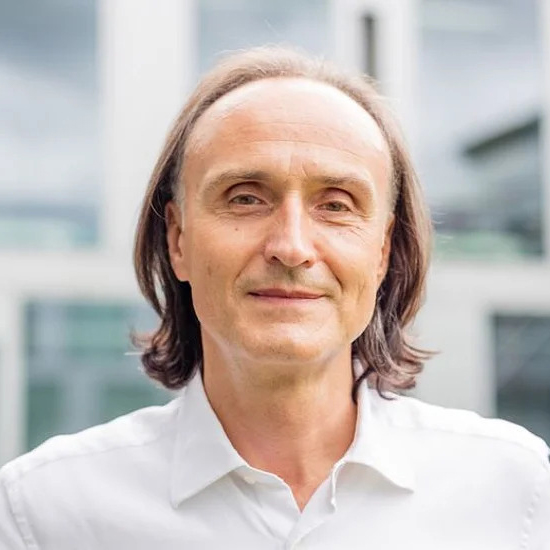 The Bitter Truth About Quantum Algorithms in the NISQ Era

by Frank Leymann, University of Stuttgart

Implementing a quantum algorithm on a NISQ device has several challenges that arise from the fact that such devices are noisy and have limited quantum resources. Thus, various factors contributing to the depth and width as well as to the noise of an implementation of an algorithm must be understood in order to assess whether an implementation will execute successfully on a given NISQ device.

In this talk, Frank Leymann discusses these factors and their impact on algorithm implementations. Especially, we will cover state preparation, oracle expansion, connectivity, circuit rewriting, measurement, and readout: these factors are very often ignored when presenting an algorithm, but they are crucial when implementing such an algorithm on near-term quantum computers and assessing the potential of its successful execution.

The event will be streamed for remote attendance via Zoom.

You’re more than welcome to attend in person (the lecture room holds 30 people). Still, we need to follow TU Wien’s COVID-19 rules: TU Wien students and staff need to register their presence in the Favoritenstraße building in TISS. When you enter the building, we need to validate your vaccination status as required by law on the day of the event (3G, 2G, etc.), and before we can let you into the lecture room, we need to record your contact information and seat number (these records will be destroyed two weeks after the event). Wearing an FFP2 mask during the event is recommended but not mandatory.

Frank Leymann, our first Kurt Gödel Visiting Professor, studied Mathematics, Physics, and Astronomy at the University of Bochum, Germany. After receiving his master degree in 1982, he pursued his PhD in Mathematics in 1984. Afterwards, he joined IBM Research and Development and worked for two decades for the IBM Software Group.

In 2004, Frank Leymann was appointed full professor of computer science at the University of Stuttgart, where he founded the Institute of Architecture of Application Systems and is director of the same. His research interests include middleware in general, pattern languages, and cloud computing, with a current strong focus on quantum computing.

Frank is an elected member of the Academy of Europe (Academia Europaea). He published uncountable papers in journals and proceedings, co-authored four textbooks, and holds more than 70 patents, especially in the area of workflow management and transaction processing. He served on steering-, program- and organization committees of many international conferences, and is (associated) editor of several journals.

With Frank Leymann, full professor of computer science at the University of Stuttgart, Germany, and one of the highest-ranked computer scientists in the world, we launched our Kurt Gödel Visiting Professorship at TU Wien Informatics.

We invite highly renowned scientists to serve as Kurt Gödel Visiting Professors to further our international outreach and cooperation. This high-level exchange ensures excellence in science and lively collaboration with our professors’ universities.

Kurt Gödel Visiting Professors are appointed for three years. They are teaching and pursuing research with students and scientists at TU Wien Informatics.